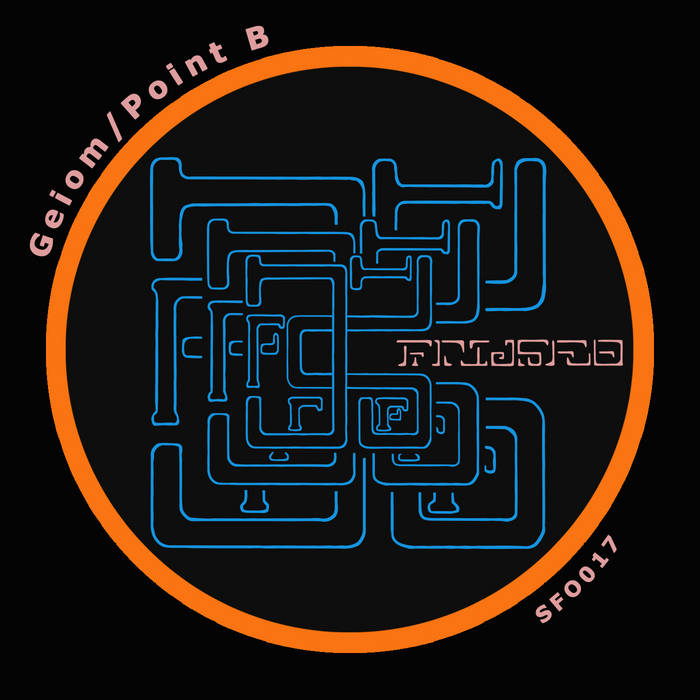 Kamal Joory's latest outing for Frijsfo Beats revolves around some mind-bending rhythmic psychedelia. Inhabiting a blurred interzone, outside the borders of drum 'n' bass and footwork, are shape-shifting species of hi-hat and snare, that modulate between staggered half-time and rattlesnake-like vibrations. In a recent interview for the Liminal Sounds blog, he says he's "always heard drums as melodies", something that makes sense listening to his beats insinuate themselves around the rest of the music.

Though many Geiom productions catch the reflection of one genre or another, here his own individual vocabulary dominates. As on his Island Noise album, he takes UK dance music's interest in the exotic and twists it in on itself. "Melting Reels" makes brittle 808 drums (provided by Boxcutter in an ongoing analogue sound exchange) dance to the tune of tabla-like percussion and a submerged zither. His remix of Point B's "Breeding Ground", meanwhile, bounces dark sub-bass off against Eastern-sounding synth-reeds.

2012 is looking like Joory's biggest year since 2008's "Reminissin'" was adopted as an anthem by the dubstep scene. Collaborations with Brackles, Desto and Badawi are due to surface, along with "Broken Endz" (debuted on BBC Radio 1 by Skream) plus releases on Well Rounded, West Norwood Cassette Library and Lisbon's Iberian Records. But if you want to hear Kamal Joory at his unique, inventive best, in 12 months these tunes will still be the ones to check.

Bandcamp Daily  your guide to the world of Bandcamp

Featuring Gary Bartz, 5 years of Rhythm Section Intl and an LP of the week by Nicolas Jaar