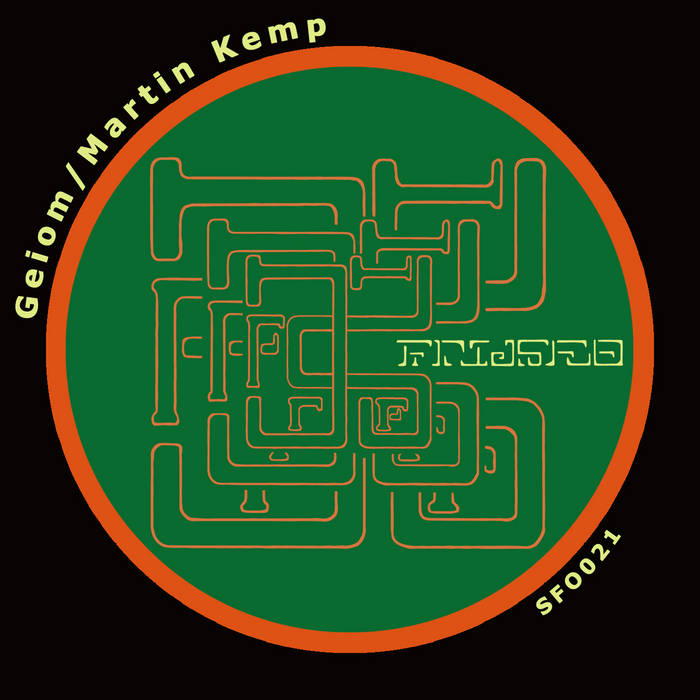 This three-track EP continues Geiom's fruitful relationship with Frijsfo Beats. It comes ahead of an album to be released on Frijsfo later this year, the follow-up to 2007's Island Noise. In a recent interview, Geiom reveals it will "represent all the different aspects of my work".

This EP is tightly focused. Across previous 12"s and downloads for Frijsfo, Geiom has developed a signature sound – busy and colourful, a vivid contrast to his slower-paced work. Here it progresses in new ways.

"Marshall Syahi" kicks into gear with an octave-diving bass drop. Although digital dancehall might be the closest match, it's rhythmic DNA takes on new, recombinant forms. An audible jungle scuttles in and out of the bare bones – snaking hi hats, modulated chirps – never static but tirelessly evolving, as if exposed to some benign mutagenic element. The track's weaving path – intruded by shifting, psychedelic detail – could only have been plotted by Geiom.

Martin Kemp's "Terr" has been surfacing in DJ sets for almost a year now, but is finally due for release in September, following up Kemp's recent 12". Geiom's version adds an insistently pulsing bassline, injecting new motive force and an edgier sense of drama. The general effect, though, is to destabilise the whole sonic – smearing it with cathedral-like reverb and rogue squiggles that could only be called Geiom-esque.

Bowing out on a high, "Yllw Grn" is equally distinctive. It lunges forward in starts, as if imitating kung fu in 'drunken master' style. Partly it resembles an elliptical answer to techno. But then a rubber-band bassline springs into play – a kind of low-end bounce not felt since the early, breakbeat dubstep of Artwork and co.

Bandcamp Daily  your guide to the world of Bandcamp

Featuring Gary Bartz, 5 years of Rhythm Section Intl and an LP of the week by Nicolas Jaar